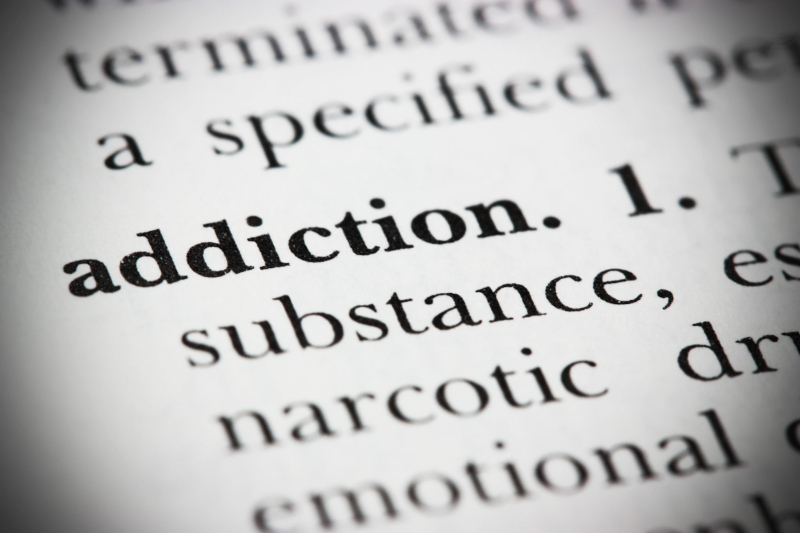 Excerpt from the workshop in Kansas City, KS on Sunday, September 27th, 1998

QUESTION: I am a counselor and I work with a number of people who are seeking assistance or release from a variety of kinds of addictions: drugs, gambling, food, alcohol. I’m wanting to be of the greatest assistance I can be to them, and I’d like your assistance.

ABRAHAM: Well, the thing about all of those addictions is that there is another hunger that is deeper, that is beyond the cellular hunger for the substance.

Each of you, as you come forth into these bodies, are full of this Nonphysical Energy Stream that created you and that sustains you. You are spirit embodied in this flesh, blood, bone apparatus, but then, as you bang around for a while and you see disapproval in the eyes of so many, and you, every day, pick up something else that you push against, little by little you become familiar with disallowing the Energy Stream.

All feel the diminishment, but some feel it more than others. Those who come forth with the intense decision that they will stay connected to the Stream, those who have come forth with very strong determination to express what they know about this Energy Stream, they suffer greatly when they choose vibrations that disallow it fully.

But almost nobody is talking about vibration. It would be a rare alcoholics meeting or drug counseling session where anyone would say to the one across the table, “Well, you know, you’re holding thoughts that are keeping you vibrationally separated from who you really are.” And yet, that is what is at the heart of it. And so, that void that they are feeling which is the void of joy, the void of clarity, the void of Energy, the void of life, that is the void they are trying to fill by buying one more thing and bringing it home or by utilizing a substance that distracts them, in this moment, from the things that cause them to push against. When you utilize a drug or alcohol, your cork floats, in the beginning, because just like hypnosis or meditation, you are distracted from whatever thought that is holding you in the slower vibration. And so, when you’re distracted from what is holding you there, your vibration raises. That’s why they call it a high.

We Encourage Connection
We’re not encouraging addiction. We are encouraging connection. But sometimes it helps if you can convey to them why they have had those impulses. And some of them are ready to hear that from you, and it makes perfect sense to them, and some of them are not. We would rather see someone with a relief. We would not take their substance from them until we had given them an alternative bridge to connection. But so many people are pushing so hard against the addiction itself, because they don’t understand it, that those words would not be well received by them. They think that the first thing we’ve got to do is get it away from them.

If the users were to withdraw the addictive substance from their system, after about three days, the cells would stop calling, and the physical craving would subside, temporarily. But the reason that they went there to begin with has not been tended to. And so, almost as soon as they turn around, something is going to remind them of something that’s going to take them back into that lower vibration, and then they are going to long for the feeling of relief that the substance gave them.

Three Days From Freedom
Any physical addiction, it doesn’t matter how long they’ve been taking it or how full of it their body is, any addiction, would, between three and thirty days, be completely cleared from the system. Usually closer to three days than thirty days. But it is the emotional craving that must be tended to.

What you have to say to a person, and help them to understand, is, “You are perfectly all right as you are, and it’s nobody’s business what you’ve chosen.” But that’s not the way most of the programs go. Most of the programs say, “You must admit what a rat fink you are. We have a step that says you’ve got to go to all of those people that you have wronged and you’ve got to open your heart and you’ve got to admit how unworthy and rotten you are.” It was that feeling that drove them to drink to begin with, so now, what you’re saying to them is, “We’re going to take the substance away that gives you any relief, and we’re going to poke a poker in your ribs until you want it again. We’re going to torture you back into the very reason that you drank to begin with, but we’re not going to let you drink.” And they say, “Okay. Then I’ll jump off a bridge.” Or they will replace it with something else that is equally condemned, and probably illegal, which brings all sorts of other worrisome thoughts.

We Would Soothe Them
What would we do if we were standing in your physical shoes whether we were a counselor or a friend or even a stranger? One who is connected to the Stream is more powerful than millions who are not. If we had the blessed opportunity of having someone like that in our gaze, we would say, “I wouldn’t worry about it.” We would do everything that’s in our power to soothe, to soothe the void. We would appreciate, we would praise, we would point out positive aspects, we would show them how to pivot, we would teach them about emotions, we would show them the difference between how this thought feels and how this thought feels, and we would encourage them to choose the thought that feels better.

Teach Them Selfishness
Most of all, you have to teach them selfishness. They have to be selfish enough that they don’t care what somebody else thinks, and that’s not an easy thing. You all have integrated yourself into a society where you very much care what people think. That is the hardest hurdle for most of you to overcome. You do care what others think because you have trained yourself, most of you, to get almost 100% of your connection to Energy from somebody who is physically focused and approving of you.

In your early stages, is where most of you begin vying for approval. You began standing on your head, but what you discover is, you cannot get that Energy Stream from someone who is not connected to the Energy Stream. If they are not selfish enough to be connected, they’ve got nothing to give you. Even though they want to. Your parents want to give you everything that you need, but they can’t give it to you if they’re not connected to it. You have all kinds of people depending on each other for their connection. That’s why Teachers like us and Teachers like you have come into this physical time/space reality, to remind you all how to make your own connection. To help you find your connection with Core Energy so that you can set your Tone and never again be dependent upon what somebody else thinks about you. So that if you have a rough day, you don’t need alcohol or drugs. You meditate and reconnect, or you quiet your mind, or you appreciate and reconnect, or you choose one of hundreds of pleasant images that you’ve been practicing that you keep in your pocket. You get one of them out and roll it around in your mind. You show yourself how to adjust your vibration. You never again depend upon the conditions to adjust your vibration. You leave behind what you have learned about conditional love, and you become one who loves unconditionally, and in order to do that, you say, “Nothing is more important than that I feel good.” And in the beginning, sometimes that means, “I need a drug. I need some alcohol. I need a friend who is connected. I need a stepping stone to help me to connect.” And that’s why we say we wouldn’t take the drug away. We would allow the drug while we teach the greater message.

It’s the same old thing that happened when those who wanted to control said, “Keep these rules and be among the blessed, and break those rules and be condemned.” And then, too many people saw too many people breaking the rules and being blessed, and they said, “Hey! Something’s screwy here. I’m doing everything that’s on this list, and I’m not being blessed. And they’re breaking all the rules, and they’re abundant. They’re life’s better than mine.” And then the very wise manipulator said, “Oh, you cannot judge by your life here on earth. It is after you die that the rewards and punishments are given.” So then the assumption was, the better it feels, the worse it is. “I guess I’m supposed to suffer and struggle and deprive myself of anything that I might desire so that in heaven I will then receive my reward.” And we say, “That is the screwiest one of all.” Because Law of Attraction is not different in the physical than it is in the Nonphysical. As you learn to find the vibration of connection, the vibration of connection is always yours.

You Are Pure Energy When you leave this physical realm and release your attention from it, you leave behind all vibration of the lower, slower nature, and your vibration raises to the highest level. And so, there is no way that you could get so bad or so negative or so disconnected that it would affect your afterlife, because in the moment of your transition, you are Pure Positive Energy.

Law of Attraction is responding to you eternally. And whatever you are offering, vibrationally, is what you are reaping in terms of manifestation, and that consistency is the most powerful and important part of our physical and Nonphysical Universe.

You got much more than you bargained for there, but it is at the heart of everything you ask.

The more detail you give to your vision, the more you allow the Universe to go to work and line things up, and often you can work the bugs out of it in your imagination before you take your first action. And if there are no bugs to work out of it, or no big ones, then your feeling of diving in is a lot stronger. 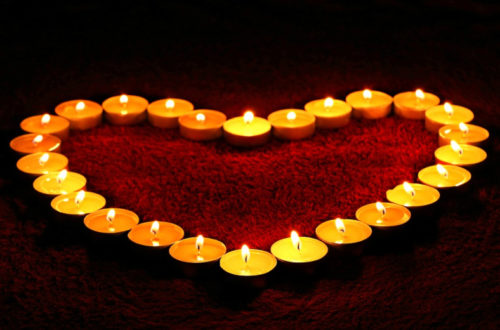 About Jerry and Reincarnation 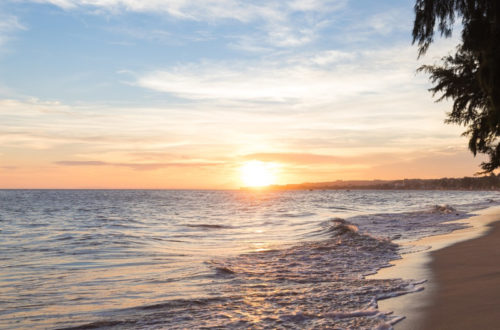 A Course in Miracles vs the Teachings of Abraham 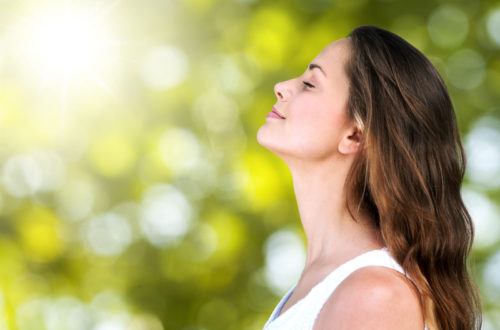