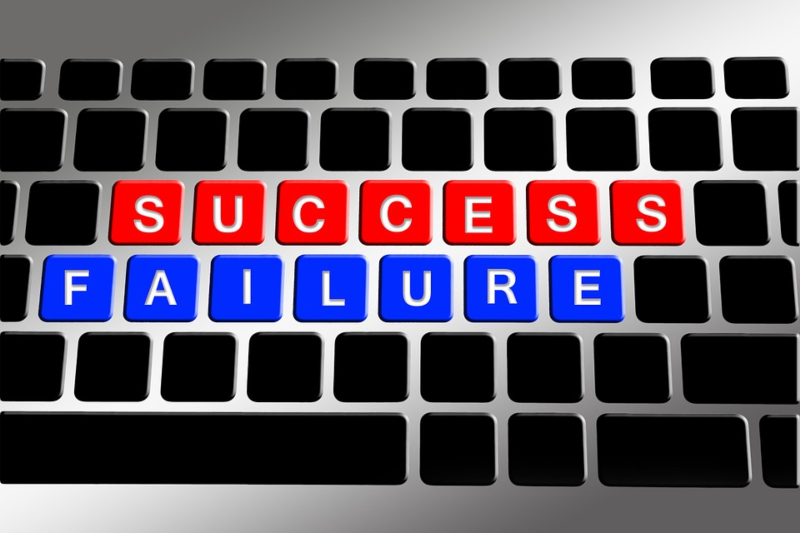 “Do the one thing you think you cannot do. Fail at it. Try again.Do better the second time. The only people who never tumble are those who never mount the high wire.” – Oprah Winfrey

Often, clients come to me requesting help in overcoming “fear of failure.” Many of us recall previous experiences where we “failed” at something and the sting of that memory even now makes us want to run away if there’s the slightest possibility we might not succeed. My best advice is to take a new perspective on the whole concept of failure.

If you would dearly love to follow your heart and go for something that seems risky and scary, I invite you to read on. By the time you complete this article, I bet you’ll see things quite a bit differently and be feeling a whole lot more empowered to go for that dream you’ve been denying yourself.

If fear of failure has been stopping you in your tracks, recognize that failure is part of the deal and that NO ONE succeeds without some amount of failure. Take a look at this grand list of “failures.”

*Michael Jordan was cut from his high school basketball team.

*Walt Disney was fired from a newspaper for lacking imagination and having no original ideas.

*The Beatles were rejected by Decca Records because they had “no future in show business.”

*Oprah Winfrey faced numerous career setbacks, including being fired from her first job because she was “unfit for television.”

*Marilyn Monroe was dropped in the first year of her contract because the producers thought she was unattractive and couldn’t act.

*Winston Churchill failed the 6th grade and was defeated in every single election for public office before becoming prime minister at the age of 62.

*Elvis Presley was fired after his first performance at the Grand Old Opry and advised by his manager to go back to driving a truck.

*J.K. Rowling‘s first novel was rejected by every major publisher in the UK, often with disparaging comments.

If you don’t give up, every “failure” brings you closer to success. Thomas Edison failed 10,000 times in his efforts to create the electric light bulb. He is quoted as saying, “I haven’t failed. I’ve found 10,000 ways that don’t work.” And that’s the key. Edison knew that the only way to actually fail is to give up on your dreams.

Of course, I’m not suggesting you ignore your feelings, work yourself into a frenzy, and push through no matter what. I’m talking about moving forward step by step at your own pace, guided by your inner knowing, in alignment with Source. I’m talking about enjoying the journey along the way to your heart’s desire.

Success lies on the other side of failure. And there’s simply no way to get to success if you give up before you get to the other side. You’ve got to stay the course. Ask for the help you need. Find a mentor. Hire a coach. Read books about all the “failures” mentioned in this article and find out how they turned failure into success.

So don’t be afraid to fail. Rather than fearing failure, see it as the contrast necessary to inspire new desires, new thinking and new ideas. If you feel like giving up, take a break, reassess and seek guidance – both internal and external.

With an enlightened perspective on the true nature of failure, you can keep going in spite of difficulties and obstacles. Then, looking back, you’ll realize that all those so-called “failures” were nothing more than steppingstones along the path to the life you truly desire!