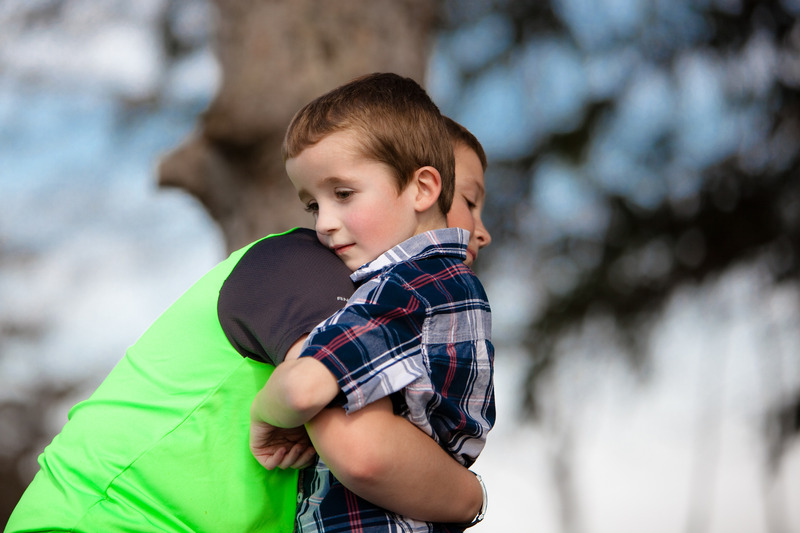 O.K. so you have been around for awhile. You have experienced many of life’s ups and downs and have accumulated a lot of knowledge in the process. You know the difference between right and wrong and the pettiness you sometimes have to endure when dealing with the world. You have a pretty good idea of what works and what doesn’t.

For this exercise I want you to imagine that a child or teenager comes to you for some advice. They really need your expertise to get them through a rough spot. Read each of the following questions and give yourself a minute between each question to come up with a full and honest answer before heading on to the next question. Better yet, write each answer down. You need to really imagine this child is sitting in front of you waiting for your answer.

So what do you tell them to do if they told you their problem was:

1. That someone at school had made fun of them?

2. That the popular kids ignored them?

3. Their boyfriend or girlfriend had broken up with them?

4. They failed a test they studied hard for?

5. They failed a test they didn’t study for?

6. They didn’t win a game that meant a lot to them?

7. They didn’t get a job they really wanted?

8. The person they were dating wasn’t treating them well?

9. They had a friend that gave them nothing but trouble?

10. Someone had said something that really hurt their feelings?

13. They had no interest in anything?

16. They never had enough money?

17. They were totally stressed out?

20. They constantly felt afraid about what was going on in the world?

O.K. now the first question is.. did you cheat? Did you just read through all the questions without giving them any thought? If so…go back and do it again, and THIS time REALLY think about the answers. Don’t worry….I’ll wait.

O.K. Next…really look at your answers. Why? Because I want you to remember them the next time you are having any of these problems and “don’t know how to deal with them.”

If a child were to ask you these questions, you would want them to listen to your advice with all of your heart because you know what would be best for them. However, when we go through these same problems ourselves, we can’t seem to see the forest through our own trees and find ourselves feeling stuck not knowing what to do. When… in fact… we have the answers all along. Believe in your own wisdom and life experience. You are a very intelligent person! More importantly…follow you own advice!

So let’s go back to some of the questions and see what your advice might be.

Someone at school made fun of them.

Wouldn’t you tell them the only reason others feel the need to make fun of someone else is to cover up their own insecurities? That by putting down others, they are really only trying to falsely build themselves up? Wouldn’t you say that a person who is confident in themselves would never have a need to put down others. That they would be too busy enjoying their own life?

Do you ever remind yourself of this fact if someone has said something hurtful about you?

That their boyfriend or girlfriend broke up with them.

Wouldn’t you tell them that “there are other fish in the sea?” Wouldn’t you point out all of their good qualities and tell them that they were too good for whoever just broke up with them anyway? That the person who left them must be crazy to have left someone as wonderful as them in the first place? If they cry or wail that they will never meet anyone else, don’t you laugh and say with complete confidence that of coarse they will find someone else. Probably a couple of someone else’s, even better for them?

Do you ever remember to soothe yourself with these thoughts when you have lost someone you care about?

They failed a test they did or didn’t study for?

What would your first response be? How about “Don’t worry, you’ll get ’em next time!” Wouldn’t you point out that it might simply be that the study technique they used the first time wasn’t effective enough? Wouldn’t you try to come up with some new and creative ideas that might make studying more entertaining or fun for them?

Do you give yourself the same creative opportunities when you have failed at something you have tried? Instead of constantly berating yourself, have you ever let yourself just chalk it up to an experience that didn’t’ work and go out and look for a more creative technique that might? You would never tell a child to just give up and not try anymore! Don’t you think you deserve to follow that very sage advice?

They didn’t win a game or get a job they really wanted?

Another place where “Don’t worry, you’ll get ’em next time!” fits in perfectly. Wouldn’t you tell them that obviously that job just wasn’t for them and that must mean there is a better one out there? Wouldn’t you tell them not to take it too seriously, it is only a little bump in the road and in the grand scheme of things, just really how important is it?

Do you remember to keep these things in that kind of perspective when you have been faced with disappointment? Do you remember to look at the whole picture and realize that it is simply a little bump in the road and that there will be more opportunities tomorrow?

The person they were dating wasn’t treating them very well or a friend brings nothing but trouble.

This one is pretty much a no-brainer! Wouldn’t your first response be to tell them that they deserve better?! That life is too short to spend it with people who make your life miserable when there are many others out there who will treat them with the respect they deserve?

Do you clearly see yourself deserving that same kind of respect? Just think of the emotion you would feel if a teenager came to you and said the person they were dating wasn’t treating them well. Wouldn’t you feel outraged? Wouldn’t you want to scream at them to find someone else because it would break your heart thinking of them wasting their precious time with someone like that?

They were overweight, tired all of the time, have no interest in anything and they are bored?

Your advice would be quick and simple. Get exercise, eat better, take up new hobbies and interests.

‘Nuff said — Just Do It Already!

They hated their job?

Another quickie — Change It!

You don’t want to hear all of the silly reasons they are going to try and come up with about why they can’t. You would simply tell them to go out and find one they do like. Again, life is too short. Case closed.

Same goes for you.

They never have enough money.

As I said before…the same goes for you.

They were totally stressed out, felt depressed or overwhelmed?

Isn’t it funny that when a child or teenager comes to you with what they consider to be a “major crisis” we as adults sometimes laugh and say “Wow, I wish that were my biggest problem!” Did it ever occur to you that there are probably a few million people in the world right now who would feel the same exact way about whatever problems you might be experiencing? Sometimes you simply need to take a step back and get perspective. O.K. money is a little tight this month, but is it really the end of the world? It is much harder to be effective when working from a place of fear or stress.

Slow down and take a break. What would you tell a teenager if they were totally stressed? You would tell them that in the grand scheme of things what they are dealing with is minor. They will get through it and past it and one day it will be a simple memory. You would probably tell them to take time out for themselves. Go relax, read a book, meditate, go for a nature hike and then come back and try to tackle whatever is on their plate from a new perspective.

Seriously think about all the advice you would give them about what to do. Then write it down and remember it for yourself.

They constantly felt afraid about what was going on in the world?

Yes, at first this might seem like a tough one. In my opinion the best advice to give them would be to stop focusing on all the “problems” going on in the world, especially the ones they cannot do anything about.

Just imagine if everyone were to keep that as their main focus. Instead of fighting with others or spreading the fear of all the world’s “problems” if everyone just worked on making their own lives as peaceful and fulfilling as possible – what would be left to fight about?

Stop worrying about what you unable to do for others and work on what you can do for yourself. Peace spreads through people as quickly, if not even more quickly, than fear does. You can only start with you.

The point of this exercise is to soothe yourself as a parent or adult would soothe a child.

Like I said at the beginning of this article, you already have all the answers. You already know exactly what you should do in all of the examples listed above. The only thing that prevents you from using that awesome advice is that silly nagging ego voice in your head that attempts to make mountains out of molehills. The voice that wants to keeps its control over you by attempting to put road blocks in your way all of the time.

So the next time you have a problem you are unsure of how to deal with, imagine that a child or teenager is asking you the same question.

What advice would you give them and how much would you really want them to take it?

Then use it yourself.

Janeen Clark is a Spiritual Life Coach who has been teaching, studying and applying the Law of Attraction for almost 20 years. If you would like to read more Manifestation Exercises that you could put into practice right now, please visit her daily blog at The Very Happy Human 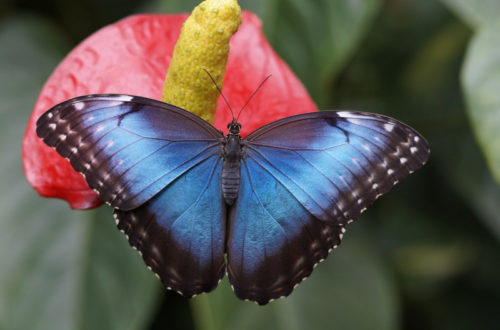 The Key to Effortless Manifestation 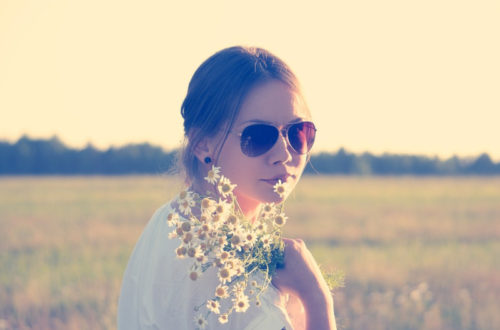 Hands Off the Hows 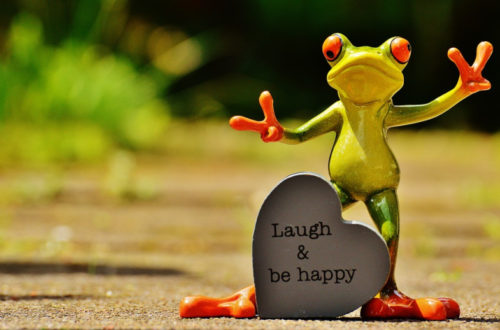