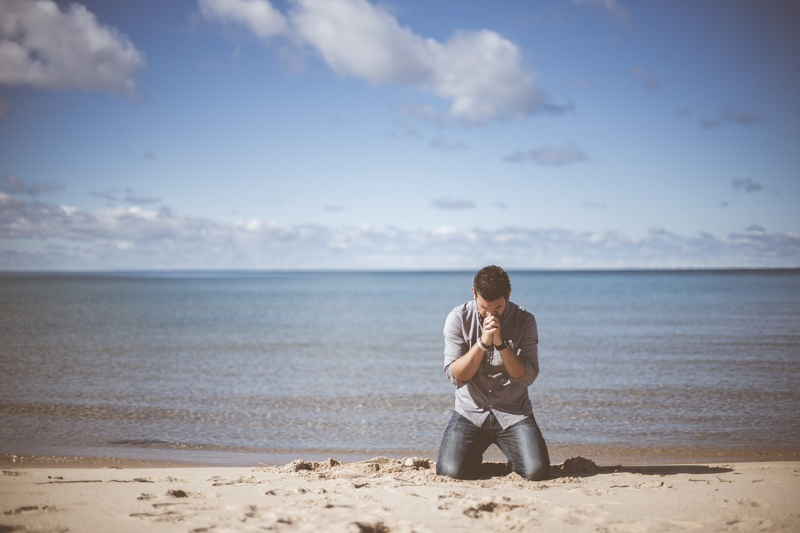 The following Abraham-Hicks transcript was excerpted from their workshop in Houston, TX on January 23, 1994. To learn more about Abraham-Hicks visit their website: http://www.abraham-hicks.com

Do We Need to Ask the Higher Power for Forgiveness?

But you see, the Energy that is offered to you from this higher power adores
you. And you can tell, because if you’re blaming yourself or seeing yourself in a
lackful way, you feel terrible. Well, what does that tell you? Any time you’re
feeling awful, remember the pipeline analogy. Any time you feel awful, what does
that tell you? You’re vibrationally looking at something very askew from the way
your Inner Being looks at it. So if you’re condemning yourself and feeling that
agony of guilt, what that means is, you’re out of sync with your Inner Being. And
the way you step back into sync with your Inner Being is by appreciating. And if
you will appreciate the object of attention that you have just been judging and
blaming, you will make some real headway.

Here is the key. It’s all very simple. If your goal is to step back into the
Energy, then what you want to do is just feel around until you find yourself in it. In
other words, think some thoughts, and sooner or later you’re going to hit on the
thought that feels good. “Am I really the wretched Being I think I am,” you might
say, which means you’re focused upon lack, and the knot continues. “Is there any
way that I can make up for all of these transgressions?” And the knot continues. “I
want to feel good. I want to know God’s love. I want to know that all is well.” The
knot softens. “I want to feel my value. I want to know I am loved. I want to know
my Well-Being.” The knot gets lighter. You see, as you feel around in thought, or
feel around in Energy, you find your place.

A friend of Jerry and Esther’s sent Esther a fax with a new awareness that
she had just received. And Esther squealed with delight when she read it, because
it was so on target. Esther and Jerry’s friend said, “I am beginning to understand
what Abraham means about finding that feeling-place.” She said, “I have noticed
that while I don’t always find it instantly, that when I find it, I always know I’ve
found it. When I connect with the feeling that is going to later result in the
manifestation, I know in the moment I’ve connected with the feeling. And usually
it’s not more than 30 days before the physical manifestation follows.” She said,
“It’s like feeling around in a box of feathers for a pearl. It’s not hard to do, because
the feathers are light. But when I find the pearl, there’s no mistake. I know I’ve
found it.” So as molders of Energy, what we want you to do is feel around in the
box of feathers more. We want you to be bolder.

So often when you start hearing about Deliberate Creation, or when you’ve
been reared in a world of do’s and don’ts, you’re guarded and tentative. You’re
afraid you’re going to make a mistake. You’re afraid you’re going to cross a line
that you can’t step back from. And we say, that cannot happen. Boldly flow! And
you can tell by the way you feel whether you’re flowing in harmony or not.

So your work is to let the contrast of your physical time and place
sometimes help you to identify clearly what is not wanted. And in the same
moment, it helps you to identify clearly what is wanted. Then turn your full
attention toward what is wanted, and talk about why you want it. As you talk about
why you want it, your Nonphysical Energy always joins you. So as you say, “I
want to feel loved by this higher power,” that was more or less your words, tell us
why. Why do you want that? Just give us one answer at a time. Why do you want
to know this love? Not knowing it is agony, isn’t it?

A And so, as you’re feeling that agony, that’s what you’ve achieved vibrational
harmony with. In other words, you might be saying words, “I want this love,” but
if you’ve got that agony happening inside of you, you’re vibrationally disallowing
the very thing you’re asking for. So as you talk about why you want it, or you
mentally go back to a time in your life before you were judging yourself so harshly
and peruse that time, you will achieve vibrational harmony with that. And as soon
as you find that place, the Energy flows to you and through you.

The other day, when Jerry and Esther got home, there was a bill from Visa in
their mail box. And it was the second notice, reminding them that they had not paid
the bill from last month. And as Esther looked through the file, she realized she
had not received it. So she called to tell them that she was going to express mail
the payment, and before she could tell them that, the woman on the other end of
the telephone said, “Mrs. Hicks, I’m going to mark your account as current, and so
just make that payment as soon as you can. But there will be no indicator that your
payment has been delinquent.” And goose bumps came all over Esther. In other
words, the feeling of appreciation that she was feeling for this efficient worker, and
this person who came to all of those conclusions on her own. Esther did not have to
say a word. It was all there.

That is the kind of thing we’re talking about that when Energy flows, you
feel it. You feel it flood through you. So as you start looking for as many things
that you can find, where you connect with that feeling, before long your conclusion
is going to be, “I’m an open vessel through which Pure Positive Energy flows.”
And the question of worthiness is no longer an issue. You see what we’re getting
at?

All is well with you. Just relax and bask, and appreciate this physical arena
that gives you an opportunity to identify what you are wanting. And understand
that if you didn’t see this as a perfect environment to come to those conclusions,
you would not have come forth. And also understand that if there were not Pure
Positive Energy supporting you every step of the way, you could not have come
forth. It can only be in this arena of pure positive love that any of this could be
surviving and existing in the way that it is. Trust that all is well, and watch for
evidence of it. Good.