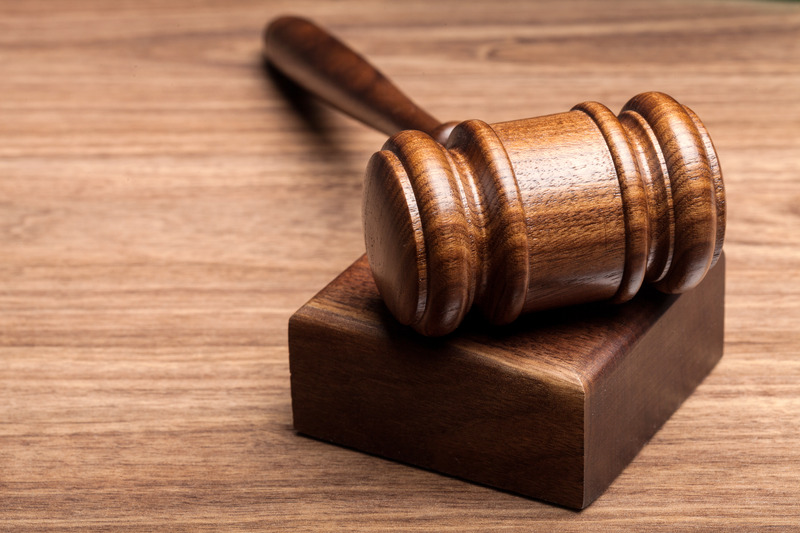 As most of us know, the feeling of Guilt is probably one of the hardest emotions to deal with. It is a kind of a punch-in-the-gut feeling you would do just about anything to rid yourself of. It can sometimes make you cringe, want to run away, or do anything humanly possible you can do to make it better.

So is there any benefit to the emotion at all? Actually it depends. Is it a “healthy guilt” or an “unhealthy guilt.”

Now some people might ask what on earth is a “healthy guilt”? A “healthy guilt” can be simply a sign post from your higher self or Universe, if you prefer, that there are some things you might like to do differently in the future than you have been doing.

For instance, if you haven’t given your children the attention they deserve lately because you have been so busy and you feel that little guilt nudge, it is simply a sign that you need to change the situation a little.

If you haven’t been eating properly or taking as good care of yourself as you should be, you can use the nudge to start to change things.

Unfortunately, it is this guilt that can do the most damage to your self-esteem and well-being and the one that needs to be dealt with quickly if you want to start feeling better.

The following story is an example:

A girlfriend of mine goes to her family’s house every Christmas Eve and then has Christmas Day at her house. Her 8 year old son is currently the only child in the family and her entire family looks forward to his delight and excitement during the holidays.

But, because he is the only child, quite often she finds that everyone else wants to give him the presents he wants most on his list, leaving her to the task of trying to divide what favorite things he will open on Christmas Eve and what he will receive on Christmas Day.

Last year the big gift was going to be the Wii system. His grandmother had managed to get her hands on it (which most people know was almost an impossibility last year) and the rest of the family were thrilled to buy some of the games that went with it.

My friends son had already been told not to expect the game because of its limited availability, so everyone couldn’t wait to see the excitement on his face when he opened it.

Sure enough on Christmas Eve he opens the Wii system and is super excited! He is jumping around eagerly as his father takes the ½ hour it takes to set the whole system up. However, once the game is set up, the adults practically pounce on it. Because they too, can’t wait to try it out after hearing so much about it.

So while my friends son got to try it out first the first few minutes – he had a bunch of adults who kept asking him for the controller so they could give it a shot. They playfully argued with each other “No! you have to twist your arm this way to hit it” or “No, you have to step closer to the T.V., ” etc. as they all tried to figure it out.

After about 10 minutes my girlfriend noticed her son had left the room and she went to look for him. She found him sitting quietly in another room by himself playing his regular Nintendo DS game. He wasn’t angry or upset, but just seemed to accept the situation and was keeping himself entertained. She, however, did feel bad because not only was he not able to play his new game, but judging from the laughter inside, she knew he also wasn’t getting his hands back on the game anytime soon.

So she went into her pocketbook and pulled out one of the new DS games she was saving to give him Christmas morning. She figured he was being such a good sport and she knew how excited he was going to be about this game as well because he had been asking for it for so long.

Sure enough he was thrilled and couldn’t wait for her to open it. Everything was great until her mother walked in the room and flipped out. “I cannot believe how much you spoil him!” she fumed. “Here he just got this new game inside that any kid would be thrilled to have and you feel you just have to give him more.”

“That’s too bad” she said. “He can wait a few minutes while others try it. But no, he comes running to you and you give him whatever he wants.”

“Mom, he didn’t come running to me, I had to go find him. And he wasn’t complaining at all, which was one of the reasons I gave it to him.”

“Well, that is just ridiculous!” her mother huffed. “I would have never spoiled you or your brother or sister like that. You never received a single gift before Christmas morning when you were kids and we made sure you appreciated every single thing you got. And now here he is, getting such a great gift on Christmas Eve, but that’s not enough, you have to give him more.”

Now my girlfriends’ poor son, who had been sitting there quietly and hadn’t done anything wrong to begin with, voluntarily handed the new game back to his mother. “It’s O.K., Mom. I can wait to play this tomorrow,” which melted my friend’s heart even more – but also made her even angrier with her own mother.She gave her son the DS game back and told him to go inside and play it. Meanwhile the guilt trip her mother had just given dampened both her and hers sons enjoyment of the rest of the evening.

You see, it is these kinds of guilt trips you need to watch for. When someone tries to make you feel guilty for doing something that goes against their own personal belief system, but that you might feel differently about.

Now I know my girlfriends mother truly had only good intentions when she said what she said. I know it was only her concern for her grandson’s well-being that made her upset with her daughter. And spoiling children was something she had always been dead set against. But the truth was, no matter how long the two of them could have argued their own point of view, neither was going to be able to make the other understand.

When I got concerned however, was when I saw the guilt my girlfriend was started to put herself through when she started doubting her own decision. She started wondering if maybe she was spoiling her son too much. Maybe the Wii should have been enough on Christmas Eve. Not to mention the guilt her son was feeling because he felt it was somehow his fault that his grandmother was upset — even though he hadn’t done anything wrong.

This is the kind of guilt which does not serve your higher good. Guilt that is inflicted by others because it is their way of trying to get you to act the way they want you to act or act the way, they themselves, would act.

And this is fine as long as you recognize it for what it is and do not let yourself carry it around with you.

Understand it is perfectly O.K. to have a difference of opinion but do not condemn yourself for the difference. Do not label yourself “a bad parent” because someone thinks you should do something differently.

So now for the Exercise that you can use. It is quick, simple, and can be surprisingly insightful.

The easiest way to find out if the guilt you are experiencing is “healthy guilt” or “unhealthy guilt” you simply need to ask yourself these two simple questions:

For instance, say you feel guilty about neglecting your best friend lately. Ask yourself the above questions. Does this feeling make me truly want to act in a different way? You might find yourself answering “Yes, I do want to call her more and spend more time with her.” Will acting a different way make me feel better? You might say “Yes, seeing her more often and reconnecting will make me feel better.” Than you can realize that this is a “healthy guilt” that is merely a sign post for you to follow and do things better in the future.

However, if you already talk to your friend 5 days a week and she is trying to make you feel bad for not being there all 7 days, you might find yourself answering “No, I think we talk more than enough and it will only make me feel resentful if I have to call her more often.”

These two simple questions can work wonders. I had my girlfriend ask herself these questions regarding the “Christmas incident”.

So start using this little exercise as of today. Anytime the feeling of guilt rears its ugly head, ask yourself the questions above and get clearer on any move you should or shouldn’t make. If you feel that you want to do something differently than start doing something differently as of NOW. Do not waste your time or emotion feeling bad that you didn’t do it yesterday. Simply start now. Thank your higher self for the sign post and do what will make you feel better going forward.

And if you find that the guilt is unwarranted then recognize this and throw it away immediately because it obviously serves no purpose to you.

You will be amazed how easy it is to get rid of a guilty feeling when you deal with it head on instead of burying it inside you somewhere.

By asking yourself these questions you will either decide you want to do something about it – or you are happy doing things exactly the way that you are. Either way, the matter is settled and you can move on.

Janeen Clark is a Spiritual Life Coach who has been teaching, studying and applying the Law of Attraction for over 15 years. For more articles or information from this author please visit her website at http://www.theveryhappyhuman.blogspot.com 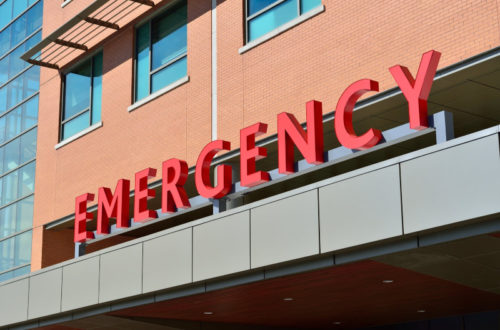 Emergency Manifesting: Using Law of Attraction When There’s No Time to Fool Around 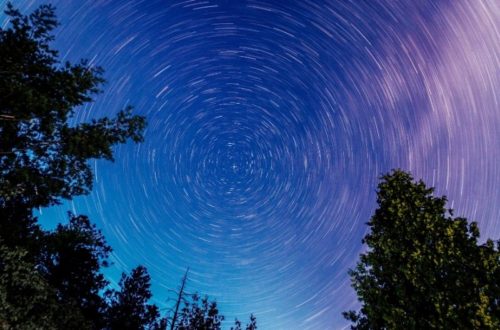 3 Secrets On The Art Of Manifesting 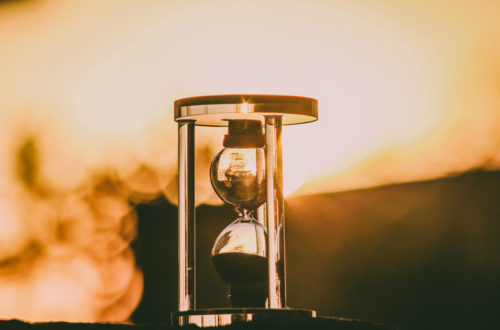 What Controls the Timing of My Manifestations?